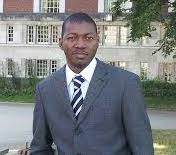 Abdul-Gafaru Abdulai holds an MPhil in Development Studies from the University of Cambridge (UK), and a PhD in Development Policy and Management from the University of Manchester (UK). He is a Senior Lecturer in the Department of Public Administration at the University of Ghana Business School (UGBS), and an Honorary Research Fellow at the Global Development Institute, University of Manchester, UK. His research focuses on the intersection between politics and development, with particular focus on public sector reforms, natural resource governance, spatial inequalities, social policy and social protection, and democratization. He is the co-author of Governing Extractive Industries: Politics, Histories, Ideas (Oxford University Press, 2018). His published work has also appeared in African Affairs; Politics & Policy, New Political Economy, Democratization, Development Policy Review; European Journal of Development Research; Journal of International Development, and Labour, Capital & Society. He won the prestigious Gerti Hesseling Prize (2017) awarded for the best journal article by an African scholar, and was also recipient of a runner-up position for African Affairs’ African Author Prize for best paper published in 2016/2017. In his new role as co-editor of Ghana Studies, he looks forward to deepening the visibility and multidisciplinary outlook of the journal. 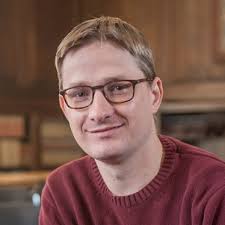 Jeffrey Ahlman is an Associate Professor of History and the Director of the African Studies Program at Smith College, where he specializes in African political, social, and intellectual history. His research reflects on issues of decolonization, political and social sovereignty, citizen, and the Cold War in mid-twentieth-century Africa. His book, Living with Nkrumahism: Nation, State, and Pan-Africanism in Ghana, was published by Ohio University Press in 2017. He is currently completing two books. The first is a biography of Ghana’s first president, Kwame Nkrumah, which is under contract with Ohio University Press. The second–under contract with I.B. Tauris–is a history of Ghana since approximately the mid-nineteenth century. His other published work has appeared in the Journal of African History, the International Journal of African Historical Studies, Africa Today, Ghana Studies, and Kronos: Southern African Histories. He looks forward to his new role as co-editor of Ghana Studies, where he strives to further promote the journal as the premier site for the interdisciplinary study of Ghana.