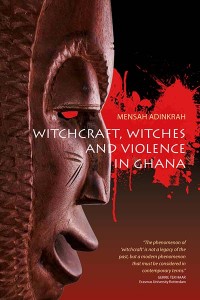 Witchcraft violence is a feature of many contemporary African societies. In Ghana, belief in witchcraft and the malignant activities of putative witches is prevalent; purported witches are blamed for all manner of adversities including inexplicable illnesses and untimely deaths. As in other historical periods and other societies, in contemporary Ghana, alleged witches are typically female, elderly, poor and marginalized. Childhood socialization in Ghanaian homes and schools, exposure to mass media, and other institutional mechanisms ensure that witchcraft beliefs are transmitted across generations and entrenched over time. Witchcraft, Witches, and Violence in Ghana (Berghahn, 2015) provides a detailed account of Ghanaian witchcraft beliefs and practices and their role in fueling violent attacks by aggrieved individuals and vigilante groups on these alleged witches.

He was a United States Fulbright scholar to Ghana during the 2003-2004 academic year. He has held positions at the University of the South Pacific in Suva, Fiji (1993-1996) and Metropolitan State University in St. Paul, Minnesota (1997-2003). Dr. Adinkrah is the author of Crime, Deviance & Delinquency in Fiji (1995), Violent Encounters: A Study of Homicide Patterns in Fiji (1996), and numerous scholarly articles some of which have appeared in Homicide Studies, Social Science and Medicine, Violence Against Women, Child Abuse & Neglect, Crisis, and Suicide and Life-Threatening Behavior.