Jennifer Hart, Associate Professor of History at Wayne State University, is the winner of the 2020 Boahen-Wilks Article Prize!

This is the citation from the Prize Selection Committee, presented by Nana Yaw Sapong during the ceremony at the (virtual) GSA Business Meeting on 22 December 2020:

“For the 2020 prize, we received nominations from history, geography, urban studies, environmental studies, and allied disciplines in the social sciences and humanities.

In reviewing the nominations, the committee used four criteria: writing, methodological rigour, originality  and contribution to Ghana Studies. This contribution, the reviewers thought, should also address the issue of decolonizing sources in Ghana, a process of ‘learning to unlearn’ and using ‘street’ evidence, and other forms of knowledge to tell the Ghanaian story. 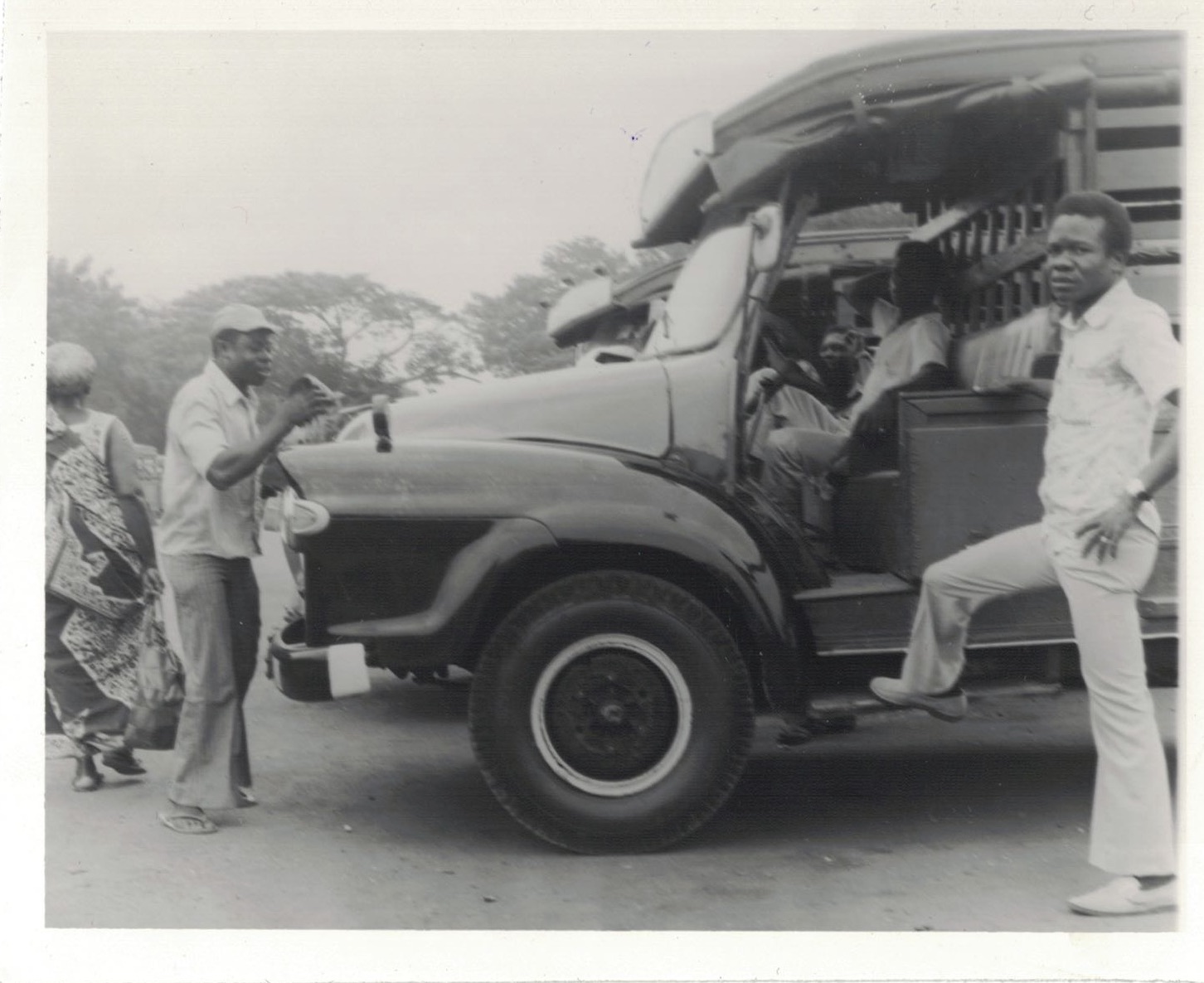 After great deliberation, the committee awards the 2020 Boahen-Wilks Prize to Jennifer Hart for her article “Of Pirate Drivers and Honking Horns: Mobility, Authority, and Urban Planning in Late-Colonial Accra” published in the journal, Technology and Culture.

A good number of us from the Baby Boomer and Gen X eras remember the bone-shaker for its versatility as a hauler of goods and people. Made by the British auto-maker Vauxhall, Bedford vehicles were legendary for their durability and omnipresence on our Ghanaian roads. Indeed, I still have a replica in my collection. But that is not the whole story about the famous bone-shaker, our colleague Jennifer Hart tells us. Hart’s ‘Of Pirate Drivers and Honking Horns’ is a beautifully crafted paper which reminds us that rather than merely adopting or appropriating a piece of technology – like the bone-shaker – within a Western cultural framework, African entrepreneurs and urban residents redeployed these technological objects for their own purposes, often undermining colonial expectations, defying regulations, and reshaping the city in ways that were meaningful to them.

These resulted in anxieties and contentions, as colonial authorities tried to take control of Ghanaians and Ghanaians attempted to wrest control of their lives from the colonial government. Thus, this work also highlights city mobilities and the centrality of movement, which signifies growth, circulation, connection on one hand, and restriction, control, exclusion, immobility on the other hand. We also read the need for governance, regulation, planning, intervention, and management, resulting in ordinances such as the 1894 Town Councils Ordinance and the 1934 Motor Traffic Ordinance.

In the end, what we have is the making of a distinctive Accra culture, a place where vehicles, motor law enforcement, drivers, urban planning, transit stations, passengers and goods are in constant negotiation.”

Professor Hart–whose book, Ghana on the Go: African Mobility in the Age of Motor Transportation (Indiana University Press, 2016), was a 2017 finalist for the Herskovits Prize from the African Studies Association, said that the article was five years in the making and is an entree into her new book project, Making an African City:  Spatial Politics and Local Development in 20th Century Accra, which (according to her university page)

“traces the various ways in which African residents sought to shape the city, often against or outside of formal urban development plans.  While government policy and public discourse has often talked about these activities as ‘informal’ and used that informality as an excuse to regulate and/or criminalize African urban residents, this book traces the emergence of informalization as a historical processes and suggests new ways that we can understand urban politics by placing urban residents at the center of development visions.”

The committee was also very impressed with an article by the article by Alexander Eduful of Sunyani Technical University in Ghana titled ‘Reconsidering the entrepreneurial city in an African context: Accra’s shopping malls’ development and the new private sector actors in a neoliberal Ghana’ published in Geoforum.

“Eduful offers an intriguing analysis of the positionality of the Ghanaian middle-class in the making of an entrepreneurial city. Based on his finding that local private developers relied on their accumulated social and cultural capital to connect with global partners, he argues that these local-global connection replace the private-public partnership that supports similar developments in global North contexts. This paper engages a subject—the many faces of urban entrepreneurism in a neoliberal context–that is not often salient in Ghana Studies literature but which is evident in everyday economic and social life in the country. We recommend Eduful’s article for its innovativeness and promise to provoke future research.”