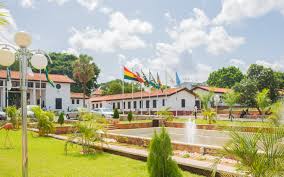 The Ghana Studies Association (GSA) is a membership-organization of scholars of Ghana from all around the world, and whose current leadership and many of its members are based in public universities in Ghana. We also produce research that engages with the country and its people in productive ways.  We are, therefore, an association that has scholarly and existential interests in the proposed Public University Bill.

The Public University Bill is one of a raft of proposed laws (which include the Educational Regulatory Bodies Bill and the Pre-Tertiary Education Bill) that cumulatively will give the Government of Ghana unwarranted control of the educational sector.

Ghana has taken the opportunity to learn from its past failures to build a more effective democracy. In its fourth iteration, the Constitution of Ghana explicitly references ‘academic freedom’ as a ‘fundamental’ freedom [Article 21(1)(b)] and, in other ways, seeks to secure the independence of universities.  These freedoms have been hard-earned through the struggles of teachers and student unions, among others. We cannot afford the regression that this bill represents.

The GSA joins the Ghana Academy of Arts and Sciences in calling for the complete rejection of a bill that is unconstitutional, unnecessary and harmful to public universities.

The PUB is Unconstitutional

The Public University Bill is an affront to both the letter and spirit of the Constitution of the Fourth Republic of Ghana.

The Constitution, responding to a history of government efforts to control the educational sector, provides for the academic freedom of universities:

By seeking to give the President the authority to appoint the Chancellor of a public university, the Bill undermines the intent of the Constitution.

The PUB is Unnecessary

The ostensible motivation for the Public University Bill is to respond to two main perceived problems with the existing tertiary education system.  We agree with the position of the GAAS that these arguments do not present a sufficient basis for this radical new law that will ‘lead to the repeal of all existing Acts of Parliament establishing public universities.’

The Bill purports to bring public universities in alignment with their ‘core disciplines’ from which the Bill claims they have ‘veered’.

The GAAS points to the fact that each revision to any public university’s mission or governance structure has been in response to internal and external environments and has been supported by appropriate statutes and laws.

The Bill claims to address ‘improprieties in the utilization of resources’ by bringing ‘transparency, accountability and efficiency’ in the administration of public universities.

The GAAS responds that such improprieties in the public universities are not on such a scale as to require government control of the universities and, further, can be addressed through existing laws.

The PUB is Harmful to the Future of Public Universities

The Bill grants the Minister of Education unwarranted control over the management of public universities, which are a clear usurpation of institutional independence and compromise the ability of the universities to effectively function.

Other clauses in the Bill diminish the autonomy and capacity of public universities to respond to changing research priorities, funding opportunities, and student and faculty needs in dynamic national and global contexts.

All of these proposed changes represent a ‘constriction of the space for differentiation among public universities, for innovation, and for the drive for excellence’ (GAAS). As an association of researchers, the proposed new law will affect our ability to develop and carry out research, especially those that involve partnerships outside of Ghana.

The Ghana Studies Association echoes the position of the GAAS that the Public University Bill, is ‘dangerous’, ‘retrogressive’ and ‘not in conformity with the letter and spirit of the 1992 Constitution’, and must, therefore, be firmly rejected by the Parliament of Ghana.

Download the PUB Factsheet for more information on why there is such strenuous opposition to the Bill. The factsheet also provides links to news items related to the Bill and answers frequently asked questions.

PETITION:  A petition has been started against the Bill.  The petition has garnered 2,700+ signatures from university faculty and administrators, students, and concerned citizens in Ghana and around the world.

Click on this link or this URL: https://forms.gle/85pktgdUNNJdmjzC7  to add your signature.